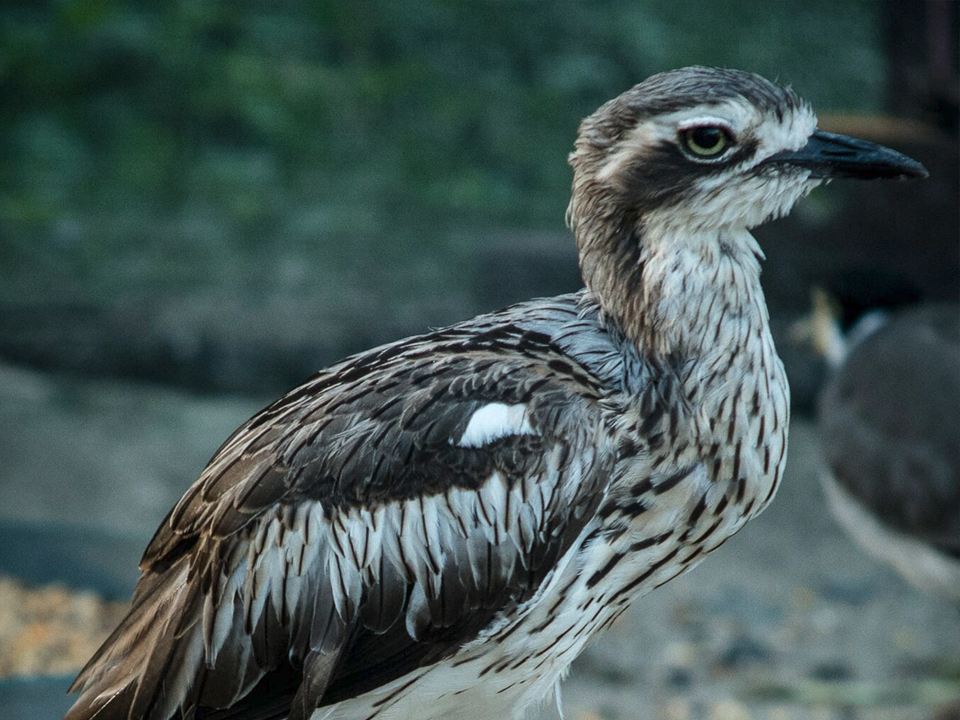 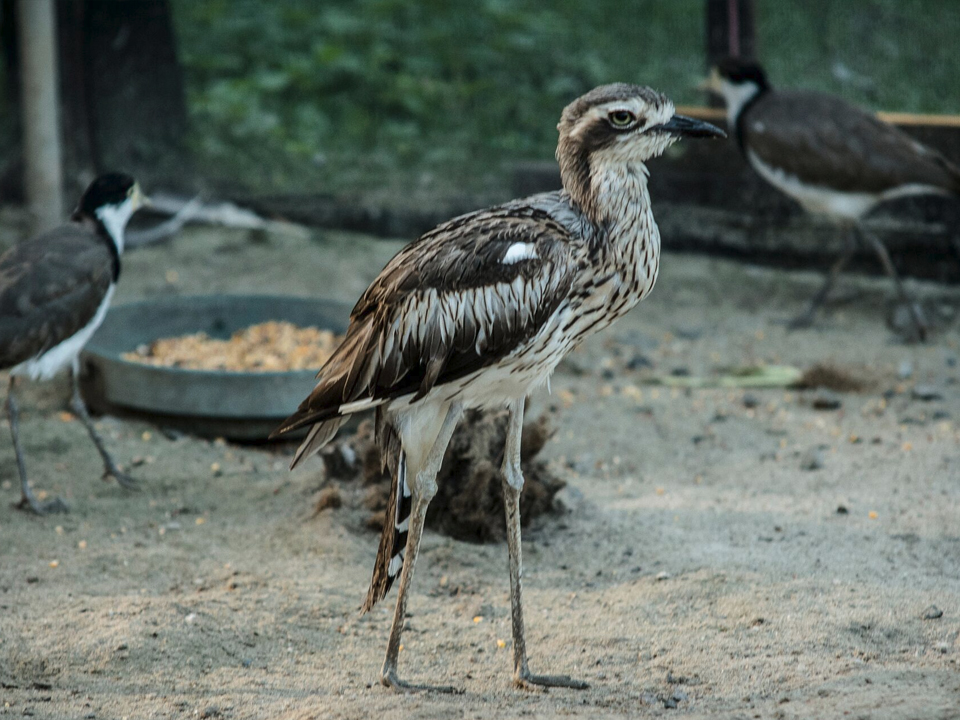 Like most stone-curlews, it is mainly nocturnal and specialises in hunting small grassland animals: frogs, spiders, insects, molluscs, crustaceans, snakes, lizards and small mammals are all taken, mostly gleaned or probed from soft soil or rotting wood; also a few seeds or tubers, particularly in drought years. Birds usually forage individually or in pairs over a large home range, particularly on moonlit nights.

During the day, bush stone-curlews tend to remain inactive, sheltering amongst tall grass or low shrubs and relying on their cryptic plumage to protect them from predators. When disturbed, they freeze motionless, often in odd-looking postures. For visual predators like raptors (and humans), this works well, but it serves little purpose with animals that hunt by scent such as foxes, dingoes or goannas.

Despite their ungainly appearance and habit of freezing motionless, they are sure-footed, fast and agile on the ground, and although they seldom fly during daylight hours, they are far from clumsy in the air; flight is rapid and direct on long, broad wings.

The bush Stone-curlew is probably heard more than it is seen. Its call sounds like a wail or a scream in the night. When scared, it screeches – a sound similar to the screech of a possum.

Bush stone-curlews remain reasonably common in the north of Australia, but have become rare in the less fertile south. Many experts believe that fox predation is a prime factor in their decline, however there are areas where foxes are common yet the bush stone-curlew population remains healthy, so the true causes remain uncertain. Large-scale habitat destruction and fragmentation has undoubtedly been important, and may well be the major factor, although there is some evidence that suggests that the species clearly favours agricultural land with patches of remnant native vegetation over intact areas of vegetation .