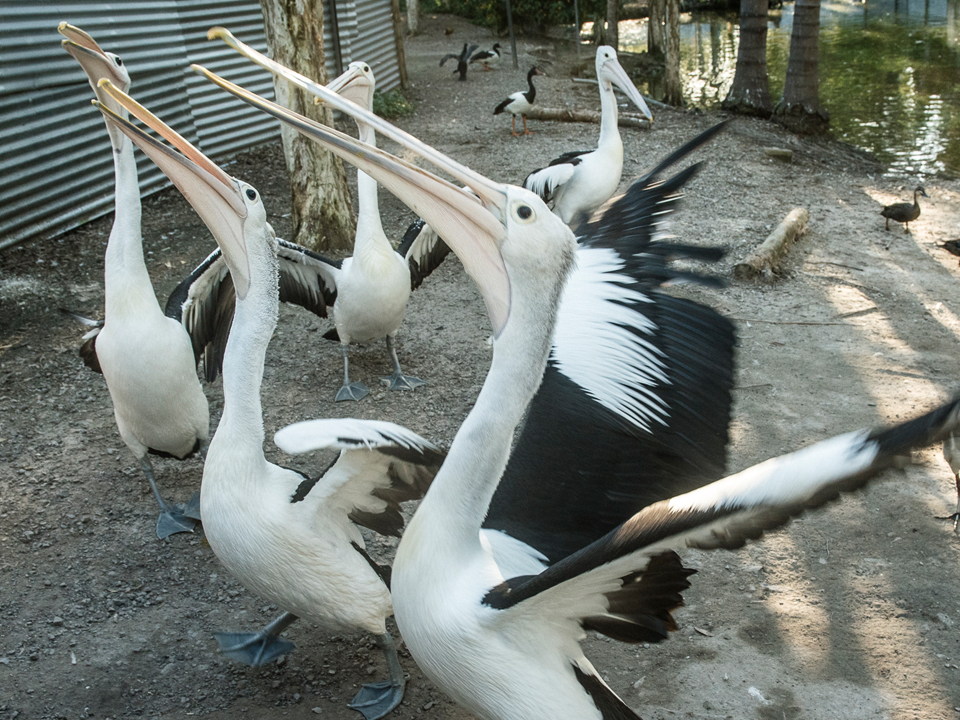 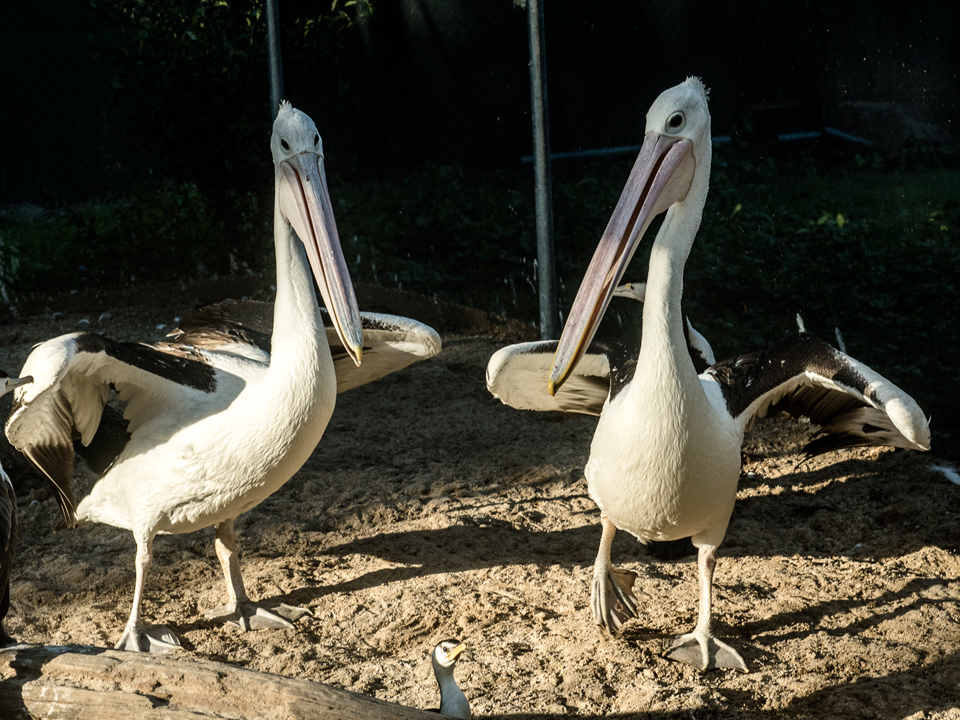 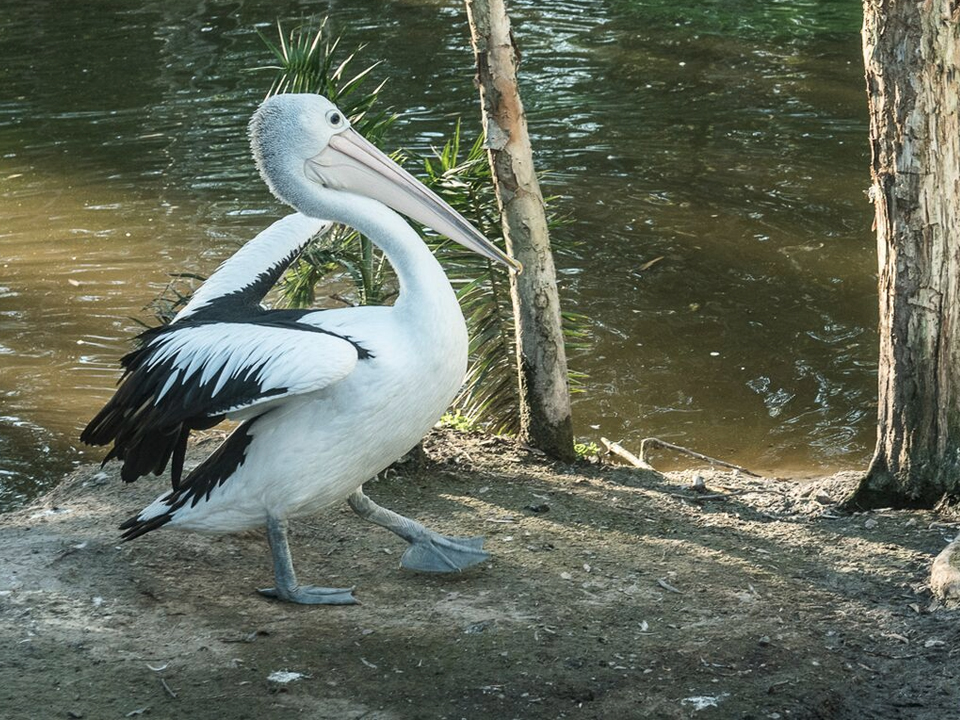 Overall, the Australian pelican is predominantly white in colour. There is a white panel on the upper-wing and a white-V on the rump set against black along the primaries. During courtship, the orbital skin and distal quarter of the bill are orange-coloured with the pouch variously turning dark blue, pink and scarlet. The non-breeding adult has its bill and eye-ring a pale yellow and the pouch is a pale pinkish. Juvenile birds are similar to the adults, but with black replaced with brown and the white patch on upper wing reduced. Overall, their appearance is somewhat similar to several other pelicans, though the species is allopatric.

This species can occur in large expanses of mainland Australia and Tasmania. Australian pelicans occur primarily in large expanses of open water without dense aquatic vegetation. The habitats that can support them include large lakes, reservoirs, billabongs and rivers, as well as estuaries, swamps, temporarily flooded areas in arid zones, drainage channels in farmland, salt evaporation ponds and coastal lagoons. The surrounding environment is unimportant: it can be forest, grassland, desert, estuarine mudflats, an ornamental city park, or industrial wasteland, provided only that there is open water able to support a sufficient supply of food. However, they do seem to prefer areas where disturbance is relatively low while breeding. They may also roost on mudflats, sandbars, beaches, reefs, jetties and pilings.