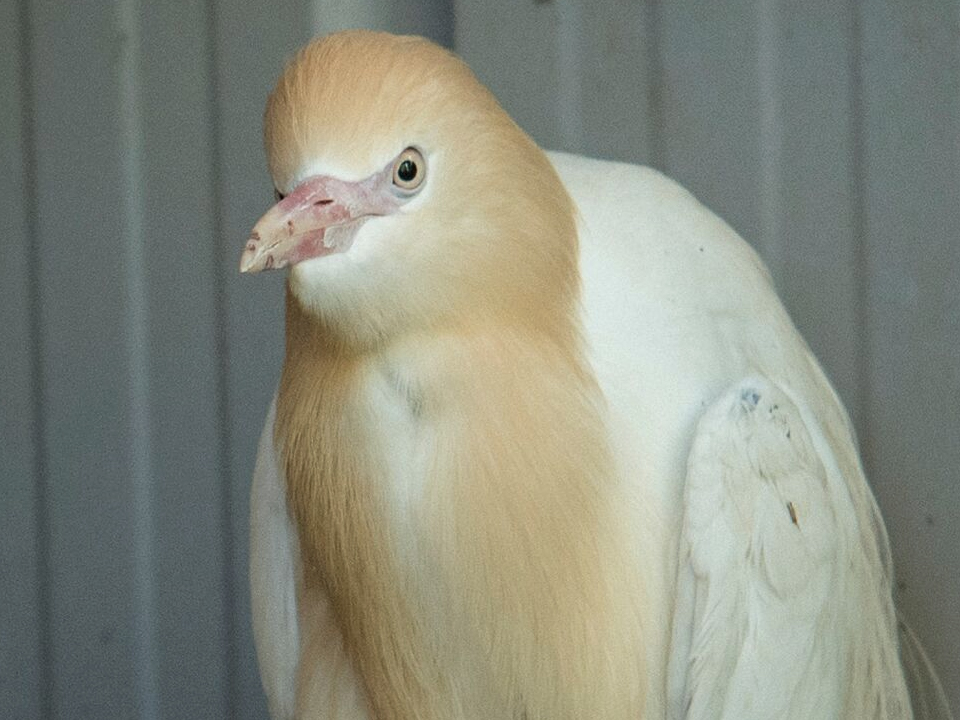 The cattle egret (Bubulcus ibis) is a cosmopolitan species of heron (family Ardeidae) found in the tropics, subtropics and warm temperate zones. It is the only member of the monotypic genus Bubulcus, although some authorities regard two of its subspecies as full species, the western cattle egret and the eastern cattle egret. Despite the similarities in plumage to the egrets of the genus Egretta, it is more closely related to the herons of Ardea. Originally native to parts of Asia, Africa and Europe, it has undergone a rapid expansion in its distribution and successfully colonised much of the rest of the world in the last century.

It is a white bird adorned with buff plumes in the breeding season. It nests in colonies, usually near bodies of water and often with other wading birds. The nest is a platform of sticks in trees or shrubs. Cattle egrets exploit drier and open habitats more than other heron species. Their feeding habitats include seasonally inundated grasslands, pastures, farmlands, wetlands and rice paddies. They often accompany cattle or other large mammals, catching insect and small vertebrate prey disturbed by these animals. Some populations of the cattle egret are migratory and others show post-breeding dispersal.

The adult cattle egret has few predators, but birds or mammals may raid its nests, and chicks may be lost to starvation, calcium deficiency or disturbance from other large birds. This species maintains a special relationship with cattle, which extends to other large grazing mammals; wider human farming is believed to be a major cause of their suddenly expanded range. The cattle egret removes ticks and flies from cattle and consumes them. This benefits both species, but it has been implicated in the spread of tick-borne animal diseases.