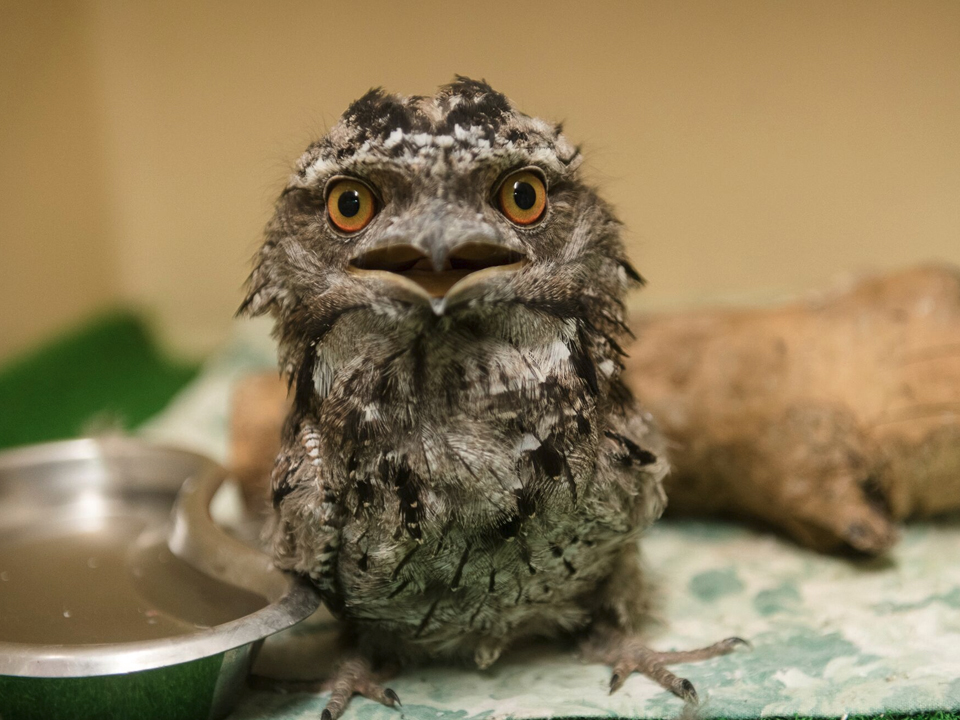 Tawny frogmouths have three distinct colour morphs, grey being the most common in both sexes. Males of this morph have silver-grey upperparts with black streaks and slightly paler underparts with white barring and brown to rufous mottling. Females of this morph are often darker with more rufous mottling. Females of the subspecies P. s. strigoides have a chestnut morph and females of the subspecies P. s. phalaenoides have a rufous morph Leucistic or albinistic all-white aberrant plumage for this species has been documented.

One of the best examples of cryptic plumage and mimicry in Australian birds is seen in the tawny frogmouth which perch low on tree branches during the day camouflaged as part of the tree. Their silvery-grey plumage patterned with white, black, and brown streaks and mottles allows them to freeze into the form of a broken tree branch and become practically invisible in broad daylight. The tawny frogmouth often chooses a broken part of a tree branch and perches upon it with its head thrust upwards at an acute angle using its very large, broad beak to emphasise the resemblance. Often, a pair sits together and points their heads upwards, only breaking cover if approached closely to take flight or warn off predators. When threatened, adult tawny frogmouths make an alarm call that signals to chicks to remain silent and immobile, ensuring that the natural camouflage provided by the plumage is not broken.